May 28, 2015. The big crucifix situated between Dagomys and Uch-Dere (Sochi region), is found broken down.

It seems that the cross was hit with a sledgehammer. Furthermore, the vandals painted on the pedestal of the cross in red color the hammer and sickle, soviet symbols.

“The Lord protects the people who live in Dagomys, who could make it, I have no idea. It was the Day of Slavic Literature and Culture, perhaps this vandalism was timed on this occasion”- says rector of the Kazan Icon of the Mother of God church of Dagomys archpriest Alexander.

The motives for the crimes are not clear. A criminal investigation has already been opened. 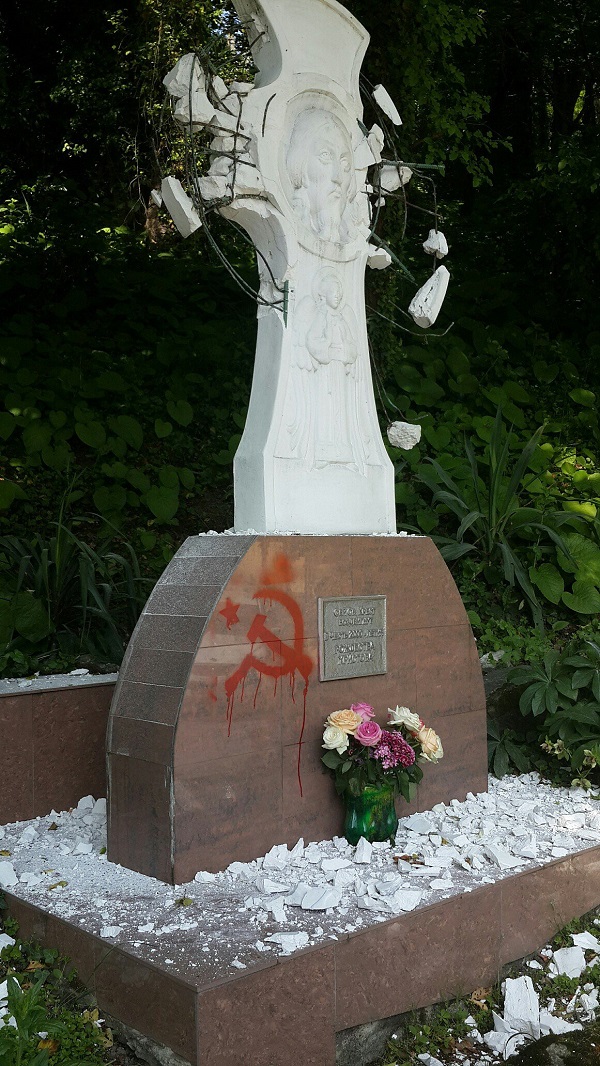