December 20, 2015 the metropolitan of Rivne and Ostrozhsk Bartholomew (Ukrainian Orthodox Church, Moscow Patriarchate) sent the letter to the President of Ukraine Piotr Porashenko to stop the violence against Orthodox believers in the village of Ptycha (Dubno district, Rivne region). Here you can find the full text in English.

“Dear Mr. President! In Rivne region, on St. Nicholas, terrible events occurred. In the village of Ptycha, Dubno district, real pogroms and violence began on the ground of religious enmity and discord. Local authorities, the police, radicals of the Right Sector, incited by the Kiev Patriarchate representatives, raised persecution and physical violence against citizens of Ukraine!

On December 18, on the eve of the holiday, the UOC believers were not allowed into the church, which representatives of the Kiev Patriarchate and the Right Sector activists had been illegally holding for some time. The parishioners of the UOC have on hand all the necessary documents and court judgments, proving the ownership of the religious building. However, the local authorities and representatives of the UOC-KP completely ignore the rights of believers of the UOC!

While attempting to get into the church, the UOC parishioners were beaten and used tear gas against. However, they managed to enter their sanctuary. Having served morning and evening liturgy, part of the community locked themselves in the church in protest against the arbitrariness of the local authorities and the UOC-KP.

Now the police and the aggressive-minded representatives of the Kiev Patriarchate keep these people under siege as some criminals. They are not allowed to pass warm clothes, water and food. The church building is cut off from electricity. The temperature indoors is +4. The parishioners‘ physical state has aggravated. An ambulance doctor was allowed in, but he did a hasty check-up and left insufficient amount of medication.

Tell me, who is a real offender in this situation? How can one do such things during one of the most important and merciful holidays for the Ukrainians?

At night the UOC faithful had the windows of their houses smashed. “Molotov cocktails” were thrown onto the doorsteps. Some families have minors. One child was injured. Those who arrive in Ptycha to support the UOC parishioners are subjected to harassment as well: their car tyres are made flat, car windows are fired at with air guns. The UOC community of Ptycha village feels scared and shocked.

Today the Right Sector fighters and the most aggressive supporters of UOC-KP are getting ready for a night assault and the seizure of the religious building. The experience of previous conflicts suggests that they act violently, outside the law and Christian morality.

Mr. President, in your eyes, ordinary Ukrainians, as patriotically-minded as you, are deprived of basic human rights. They are treated as second-class beings. Their children are being harassed, their property – damaged. Such an ugly phenomenon as pogroms, which seems to have been defeated forever more than 70 years ago, is coming back to Ukraine.

Our state is pushed into the flame of religious hatred. There are no winners in such conflicts, only losers. Public wounds caused by such conflicts cannot be healed for many generations to come.

Mr. President! I ask you to intervene immediately and protect your fellow citizens! For the sake of Ukraine, for the sake of our common future, for the sake of life and health of ordinary believers. May the Almighty be kind to us all! May He empower us to understand and forgive each other! May He save the Ukrainians, who face off against one another! Some – from evil and violence. Others – from their own blind hatred and the sin of theomachy!” 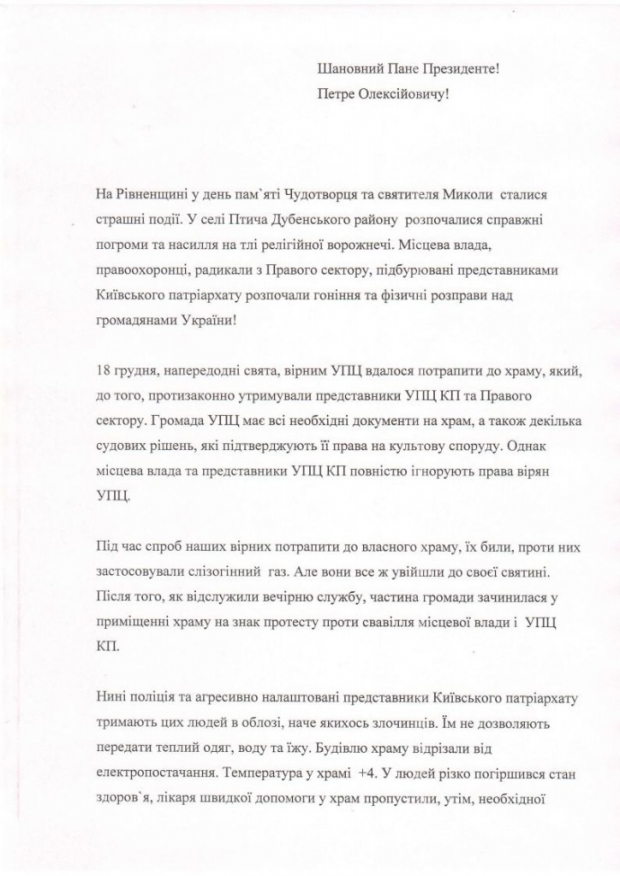 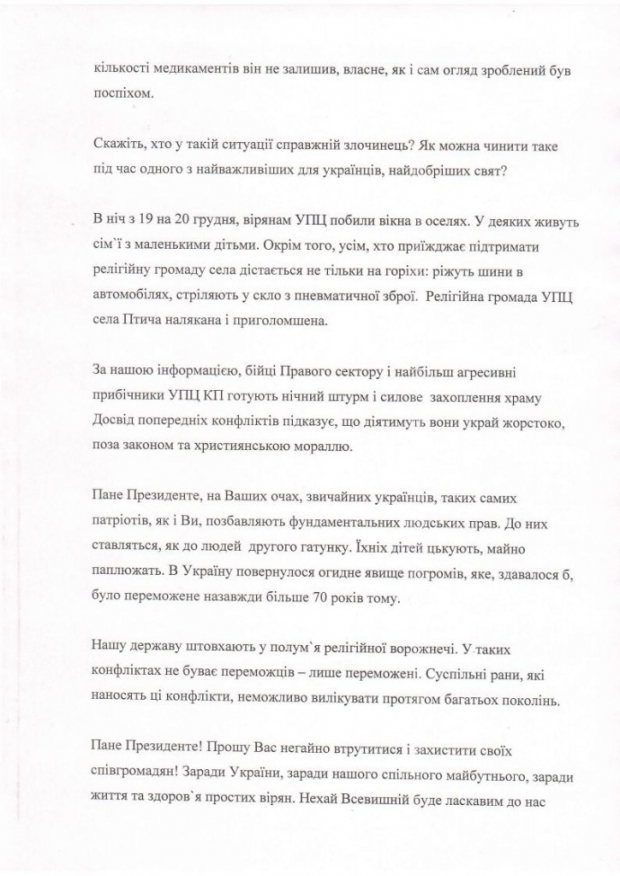 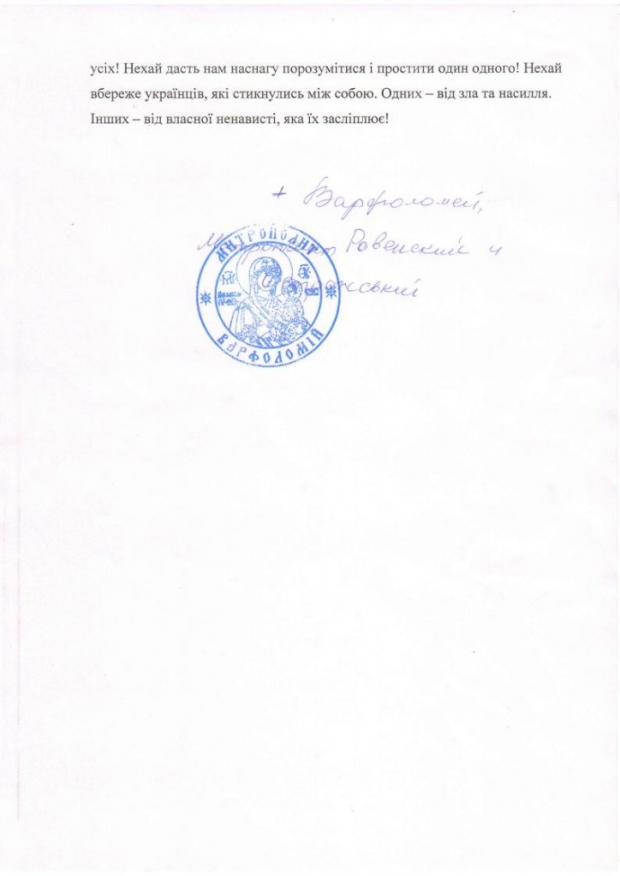 Video document from the Union of Orthodox Journalists