July 9, 2015. In Ekaterinburg (Russia), a week before the 97th anniversary of the murders of Emperor Nicholas II and his family, the memorial cross which marks the spot where the remains of Tsesarevich Alexei and Grand Duchess Maria were discovered has been vandalized for the third time, as reports Royal Russia.

The vandals had ripped the memorial cross from the ground and thrown it into the woods. The damaged memorial cross has been tied and nailed to a nearby tree. The State Ministry of Internal Affairs and the Sverdlovsk regional police have started an investigation. Mr. N. Neuimin, an employee of the Sverdlovsk Regional Historical Museum, verified that it is the third time that the memorial Cross is vandalized.

In June 2014, a resolution was passed by the Sverdlovsk regional government, designated the site where the remains of the family of Russia’s last tsar Nicholas II and members of his family were found on the national cultural heritage list, and is now included in the state register of protected sites.

The photo document from Royal Russia. 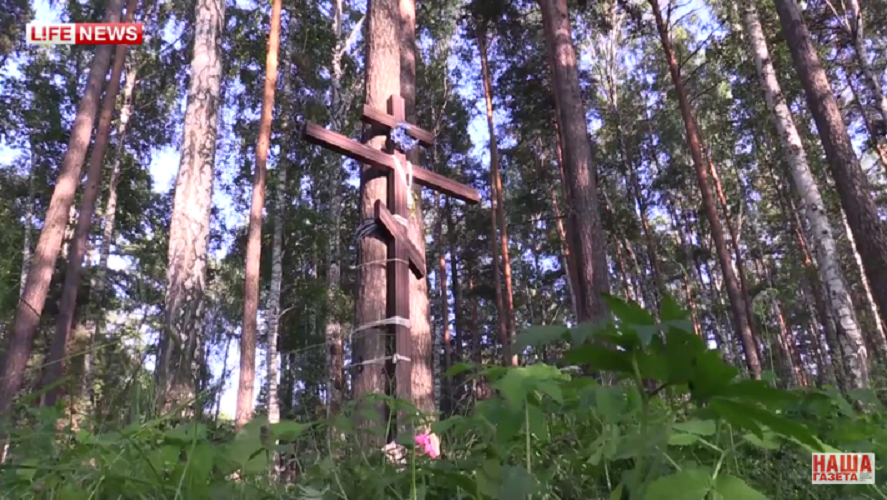 The video document from Royal Russia.