“On behalf of the human rights community and the parishioners of the Ukrainian Orthodox Church we ask all international organizations, state authorities of Ukraine, representatives of the media and the public to pay attention to the difficult situation in Ptycha village, Rivne region.

An unprecedented fact was the pressure of the head of the Dubno District State Administration Yuri Parfenyuk and the deputy of the Regional State Administration Alexander Savchuk on the Ukrainian Orthodox Church congregation in order to obtain from them the decision to transfer the church to the Kiev Patriarchate denomination for alternate use. Despite the refusal of the parishioners to allow in the building belonging to them by the ownership right the third party, by the decision of the Ptycha village council was established alternate use of the church premises by the Ukrainian Orthodox Church community and the Kiev Patriarchate denomination. This resolution is obviously illegal and discriminatory, shows disrespect for the rights of the religious organization – the owner and a complete negation of the fundamentals of public law and order on the part of particular civil servants, permitting this decision. Currently, it is appealed by the community of the Ukrainian Orthodox Church in the administrative court.

As of today, 12/20/2015, the parishioners of the Ukrainian Orthodox Church, the community that owns the church, were forced to lock themselves in the religious building because of the threat of its seizure. Our parishioners were delivered an ultimatum to vacate the church building; otherwise the “Right Sector” representatives will begin its assault tonight or late at night. According to information available, “Molotov cocktails” were thrown at the church building and windows of the parishioners’ households were smashed. The people trapped in the church do not get food, water and suffer from cold in the unheated premises. At the same time the public authorities do not guarantee the security of parishioners and are not ready to protect the parish property.

Given that more than 40 towns in Western Ukraine are involved in the state of inter-faith confrontation, changes in methods of making conflict by the parties, namely the transition to an open use of force and special weapons such as “Molotov cocktails”, as well as cold arms and firearms, may lead to a radical change in the situation, not only in a particular region but throughout the country and affect the security of the European Union.

This situation requires an immediate response from the law enforcement bodies and the international community. In the present case, on behalf of the Ukrainian Orthodox Church and international human rights organizations official statements are sent to the UN Special Rapporteur on Freedom of Religion and Belief, the High Commissioner for Human Rights, the OSCE High Commissioner on National Minorities, other officials and organizations responsible for protection and respect for human rights in the world.

We hope that the quick response of the international community and close attention of the central authorities of Ukraine will avoid tragic consequences”.

Video document from the Union of Orthodox Journalists 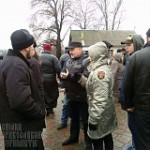 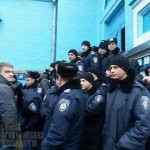 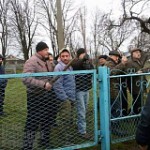 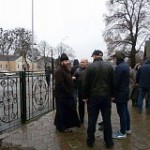 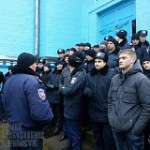 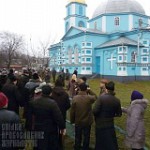 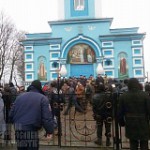 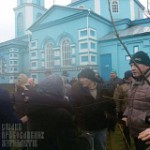 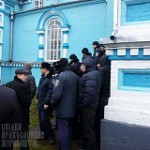 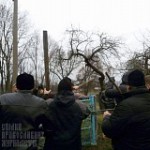 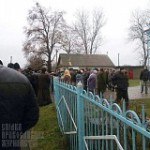 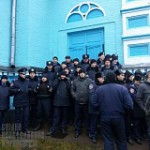 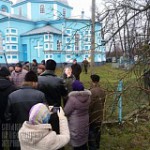 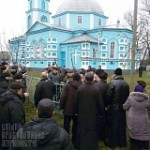 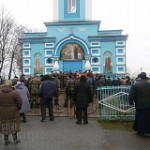 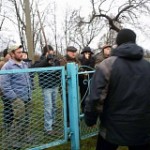 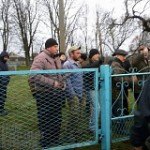