‘Cultural’ terror: how officials in Volyn region are involved in the persecution of the UOC community

April 13, 2016. The seizure of the Holy Intercession Cathedral in the Gribovitsa village of Volyn put the Department of Cultural of the local District Administration in a difficult situation. On the one hand, they had to turn a blind eye to the intrusion of representatives of the Kyiv Patriarchate in the church, which the latter have been using without any legal grounds since December 2015. On the other hand – the existence of protection agreement with the Holy Intercession community of the UOC in this situation does not allow officials to openly ignore the fact of seizure, as reports Union of Orthodox Journalists.

Instead of contributing within its power to the return of the church to its legitimate user, the Department of Culture of the District Administration have been literally ‘bombing’ of the UOC priests in Gribovitsa with instructions concerning the church premises as well as other upsetting new documents for several months. Officers of Culture accused the priest ousted from the church of inaction, saying that he has not corrected the flaws in detected the church. The district administration officials are well aware of what is going on in the village.

In a document dated 1 December 2015, sent just a few days before the last church seizure by the Kyiv Patriarchate, the Department of Culture makes reference to the decision of the Commission which came to a strange conclusion. It turns out that replacement of the entrance doors during the repair work is a flagrant violation, which irreparably damaged the authenticity of the architectural monument.

A next instruction with similar content has been prepared on January 5, 2016, as it becomes clear from the references in it. This means that it happened almost simultaneously with the ‘victorious’ visit of the head of the Diocese of the UOC-KP to Gribovitsa. The head of the Department of Culture, Elena Shumik who signed these documents come to her position relatively recently but enough time has passed to get acquainted with the archived documents on the Holy Intercession Cathedral, or to understand that her department is simply used for attacking the UOC community in Gribovitsa.

The priest recalled that he is not allowed to enter the church, so he refuses to break the protection agreement as long as the investigation on seizure is ongoing. I fact there is no legal ground for this. However, making reference to his failure to comply with regulations, the Department of Culture insists on breaking the contract and for some reason particularly with the Orthodox community, not with Gribovitska Village Council, which is also one of the members of the church.

An interesting fact is that District Department of Culture has never shown such interest in the status of the monument during the 17 years of service of Igor Margita in the Holy Intercession Cathedral. The flaw of documentation from the officials to the priest for the past few months evidently exceeded the correspondence activity over all the years.

On the one hand, it is a good fact that officials started to care about at least one of the cultural monuments they are responsible for. On the other hand – it is at least unclear why the ‘cultural’ attack on the UOC community in strange way coincided several times with illegal actions of the Gribovitska community of the Kyiv Patriarchate. I would not want to admit the idea of a collaboration between the officials and raiders.

Perhaps Culture representatives of the District Administration of Ivanychivskiy Village could share experiences on the protection of monuments with their colleagues from Gorokhovsky and Lutsk villages. It is impossible that a complete reconstruction of the church in Uhryniv Village by Kyiv Patriarchate without any authorization from regulatory authorities not interest in the local Department of Culture. Apparently, chipped walls and excavated area near the Holy Trinity Cathedral in Lutsk is a less significant infringement than the replacement of windows and doors in the Church of Gribovitska with the approval of regulatory structures.

Foto documents from the Union of Orthodox Journalists 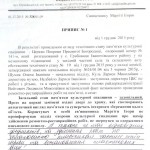 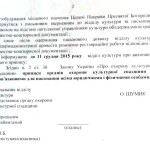 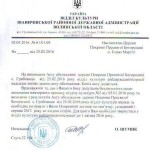 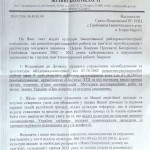 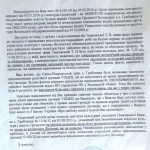