December 2, 2015. The Holy Synod of the Serbian Orthodox Church protested strongly to the Serbian National Assembly, as the website b92 reports.

In the Serbian Parliament, it was used toilette paper, which had the Cross printed on it. The Church considered this to be deeply offensive not only to all Orthodox – Christians but to Catholic and Protestant alike just like “to all people of faith, and of a sound mind“. The Holy Synod asked from the authorities to “find and publicly announce the name of the person who committed this act of blasphemy“, as the official website of the Serbian Orthodox Church reports.

An anonymous MP made a photograph showing the controversial toilet paper, as the website novosti.rs reports. 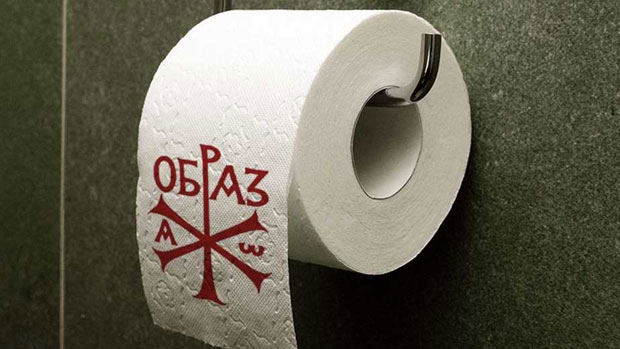