Desecration of an Orthodox church in France

January 10, 2015. The French police started the investigation of the desecration of the main entrance of the former St. Anne Catholic church which since June 2014 became a Romanian Orthodox church (Route de Lorient, Rennes, France) reports Ouest-France.

Two large flower pots, posed on the both sides of the main entrance to the church, were deliberately fallen and broken at night. In front of the door and on the door itself there were drawn inverted crosses, anti-Christian symbols. 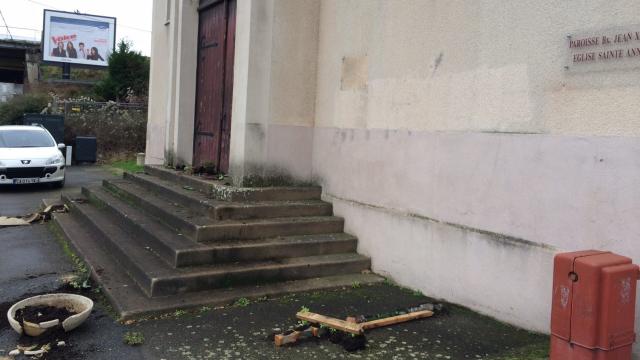